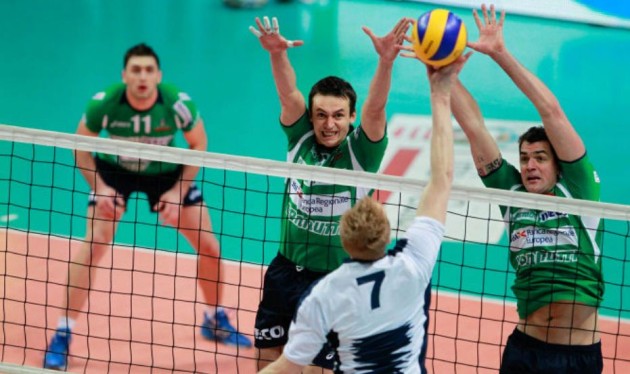 It was especially in the third set when it could have been 36-38 for Andreoli, which would at least prolonge the game, but Cuneo fought back and won 40-38. It took eight match ball for the team of Roberto Piazza to win.

Cuneo was more relaxed, still without Mastrangelo, after victories in Ravenna, Vibo and in Ljubljana, they now seems to play with no “monkey on its shoulder“.

Grbic saw it this way: “Anyone who has entered has given his contribution to the game, we played as a team and that is very important.“

Earvin Ngapeth had a good game, but the young Antonov was the MVP. The 24 year old Italian–Russian demonstrated maturity, ready to immerse himself in the role which the coach decided to give him. He had 13 points on 20 attacks, 65%, one block.

CEV CL M: Noliko takes on its match of the year by re-playing Zaksa in Playoffs 12