A great derby is on program this weekend in Serie A1. Bre Banca Lannutti Cuneo will host the game against Itas Diatec Trentino. This is their 43rd dueal. Cuneo has 20, Trentino 22 wins. Tsvetan Sokolov and Andrea Bari shared their thoughts. 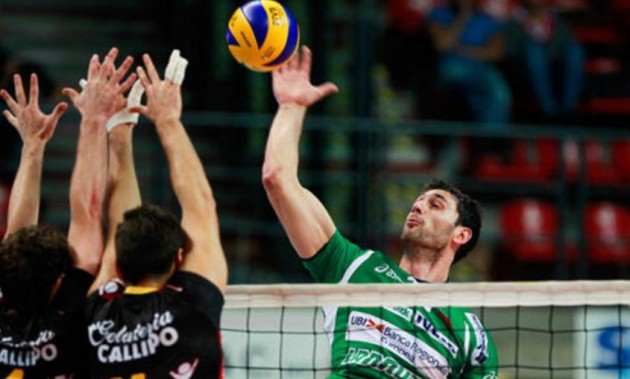 Tsvetan Sokolov (Bre Banca Lannutti Cuneo): “That Tuesday night against Ljubljana was a very interesting game as we played completely different from the usual. We entered the game with the right head, the match was very important and we managed to play it cool and I think this was the key to our victory. After qualifying for the playoffs six of the Champions League we immediately turned to the Championship and the Sunday match against Trentino. Stoytchev’s team knows how to play very well, but we are in a positive phase. It will be a test for us to see where we stand. It will be a tough game for both teams. I hope we can play it cool, offering the public a good show.“

Andrea Bari (Itas Diatec Trentino): “Another important game awaits us on Sunday in Cuneo, which will offer three important points for the classifications. We face, as it happens, a team that has benefited from two rounds to qualify for the playoffs six of Champions League and finding themselves after a difficult period. We need another win to start again and shake off the bitterness of the match against Dinamo.”