In front of over 3000 supporters, Modena swept San Giustino and secured fifth place with a game in hand. Modena will face Cuneo in the playoffs quarter-finals. Read more about latest volleyball news, games reports, and statistics on WorldofVolley. 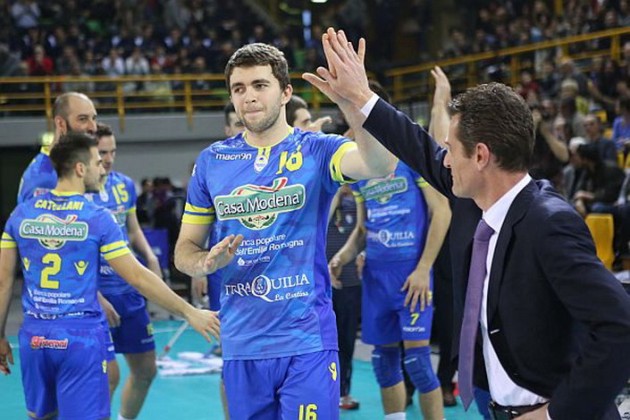 Solid performance from Lorenzetti’s men who registered 57% in reception and attack and had 8 blocks. Mvp: Michele Baranowicz (Casa Modena)

Angelo Lorenzetti (Coach Casa Modena): “Training has been complicated last week. The boys have done very well though and we managed to get what we wanted, which is to be in the top six of the regular season. We are happy and now we just have to keep working…”

Marco Fenoglio (Coach Altotevere San Giustino): “The team is carrying out heavy loads of work to be ready for the playoffs. Besides, we knew we were up against a team that had improved a lot and was stronger than us. Today, Modena was much better than us, but we definitely could have played better too”

POL M: Milosz Zniszczol – “We are happy with this round”

CL M: Where are his limits? Another...

PHOTO OF THE DAY: “Tsetso” begins his...