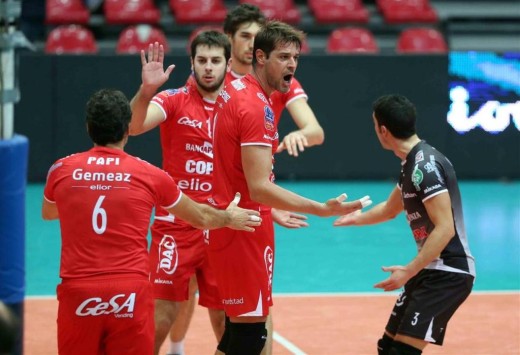 Since last October 20th the players around head coach Luca Monti have been playing every three days by combining the national league and Europe’s elite club competition, so they haven’t much time to practice and work on their tactics.

Last week PIACENZA got back home after losing to TOURS VB at the tie-break and Zlatanov will be missing the upcoming game with DUPNITSA as he suffered a wrist injury after returning from France. Copra Elior will try to seize the night to get back the leadership in Pool A while DUPNITSA will be trying to cause a sensation after losing their previous games in straight sets to TOURS VB as well as to ACH Volley LJUBLJANA.

“The game with DUPNITSA is crucial for our campaign in the CEV DenizBank Volleyball Champions League” says head coach Luca Monti. “We must win in straight sets otherwise things can become quite complicated for us in this group.”.

ITA M: Lucarelli will go to…