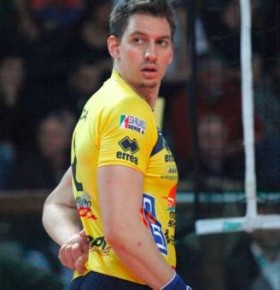 He played a good season in Verona, Mauro Berruto called him to play in the World League.

He had an injury of the finger on his left hand, and had to operate it.

“I’m happy with what Prandi thinks of me. It’s great to be here in Latina, a team that continues to grow, they played the semi-final last year and that gives us the chance to compete in the CEV cup. I know Gitto, we played in Macerata as juniors, it’s a pleasure to play with him again. I will get to know the others. I’m ready for this adventure” Stefano Patriarca said.

RUS W: Russian volleyball players can give a fight at the Olympics – Obmochaeva