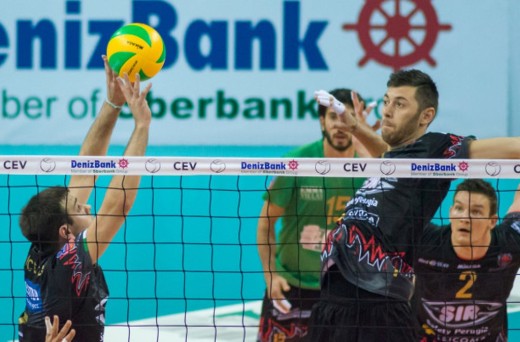 Home team opened the game with a few aces and at the first TTO they had 8-3 lead. Buti, Atanasijević and Beretta scored one point each from the service line. Perugia continued to play very well but at the second TTO Polish team came closer, 16-14.

After some advices of Nikola Grbić, Perugia increased the lead to 22-16 and Beretta was the man who used first set point for taking the lead in sets 1-0 (25-18).

In the second set Perugia was furious again. They had 8-4, then 16-9 lead! Away side made comeback and were trailing only one point, 21-20. Jastrzębski tried everything to turnaround the score but De Cecco was at the right place at the right time and Perugia increased the result 2-0 (25-22).

Nothing has changed in the fourth set. At the very beginning of the third set, Atanasijević was standing at the service line. You could imagine what happened. He improved Perugia’s lead from 3-1 to 8-1. It was the key moment and home team just kept the lead until the end. Fans started celebrating, Block Devils advanced to the next round.