One of the strongest competitions on a club level in the world, Italian Serie A1, will be significantly modified for the season 2015/2016. 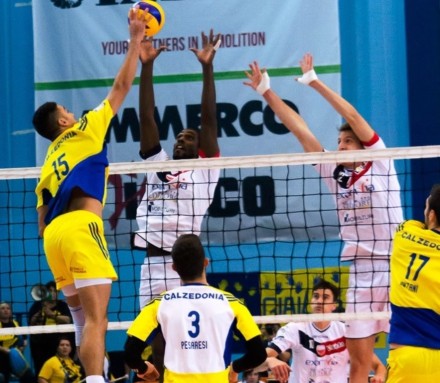 The official version by the managing director of Italian championship is that the regular season will last four months with only few rounds playing in the 2015. It means that each team will play approximately seven matches per month.

As gazzetta.it revealed, two teams opposed to the calendar of Serie A1 – Exprivia Neldritto Molfetta and Calzedonia Verona.

Molfetta complained that the rounds are too close to each other and that it would frustrate the efforts of the company that sponsors the team.

Verona announced that it was widely demotivated with the schedule and doesn’t exclude a possibility of leaving the competition.

It also complained on the short duration of the championship which may cause the problem of the club with its main sponsor.

These are the pairs of Round 1 in Serie A1:

See VIDEOS of matches in the previous season of Serie A1.

ITA A1: US Hein joins Latina

PHOTO OF THE DAY: Aguero against all...