PalaGeorge is singing, Pala George is celebrating! Pomi Casalmaggiore will play in the 2016 Women’s CEV Champions League Finals! The hosts of the F4 defeated Dinamo Kazan, which played this game without two major players – Ekaterina Gamova and Evgenia Startseva… 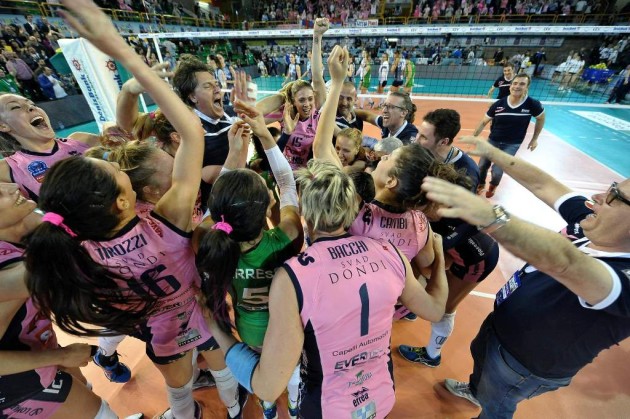 The Pink dream continues! Pomi Casalmaggiore are just one step away from taking the European crown after they downed Dinamo Kazan in the 2016 Women’s CEV Champions League Semi-Finals! The home side played an amazing match and made a historic success. Do not forget that this is their very first appearance at the CEV Champions League Final Four!

On the other side, Dinamo Kazan could not do any more, as they played without two major players. Ekaterina Gamova and Evgenia Startseva were not in the roster of the Russian side, allegedly because of the food poisoning.

19:25, HISTORY! Pomi Casalmaggiore are in the CEV Champions League Finals!

11:15, Casalmaggiore are cruising toward a straight sets win!

18:23, Casalmaggiore are so close of doubling their lead!

8:16, Guess who scored? Piccinini! The longest rally of the day!

8:15, Piccinini is unstoppable! Pomi are enjoying the second set!

8:14, Piccinini again, this time she scores after a spike!

7:10, Immediate answer from Pomi! Three points in a row and they are once again on +3!

7:7, Dinamo Kazan do not even think to surrender! The Russians have tied the score!

1:5, Pomi Casalmaggiore is having a flying start of the second set!

18:22, What an answer from Pomi! They scored three consecutive points!

14:18, Stevanovic scores an important point for the home side. 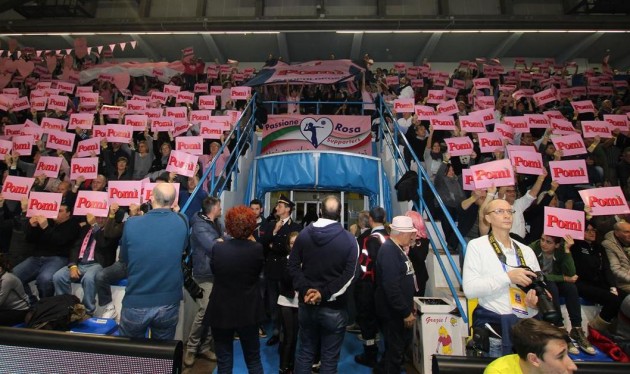 9:13, They keep increasing the margin!

7:8, Pomi Casalmaggiore are not afraid of big Dinamo Kazan! They have +1 at the first TTO.

LIVE from F4 W: FC VakifBank! Sheilla and Co. know how to keep the ball above floor (VIDEO)