Milano have completed their second big transfer! Nicholas Hoag will spend the next season in the City if Fashion. 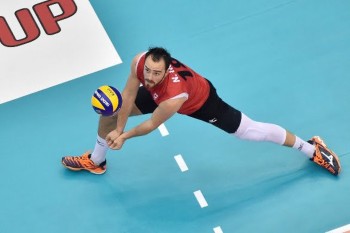 It is official! Milano announced on their official website that they agreed terms with Nicholas Hoag! Canadian receiver has therefore become the second big signing of the Italian club in the current transfer window, after Saša Starović.

Hoag won the national title in France last season as a player of Paris.

Therefore, Milano continued with their ambitious project for the next season. Currently, we know that head coach will be Luca Monti, while the club has confirmed 7 players which will be part of the 2016/17 roster – setter Ricardo Sbertoli, middle blocker Giorgio De Togni (captain), receivers Todor Skrimov, Nicholas Hoag and Federico Marretta, opposite Saša Starović and libero Danilo Cortina.

ROAD TO RIO M: Kubiak’s serve was OUT, definitely OUT (VIDEO)