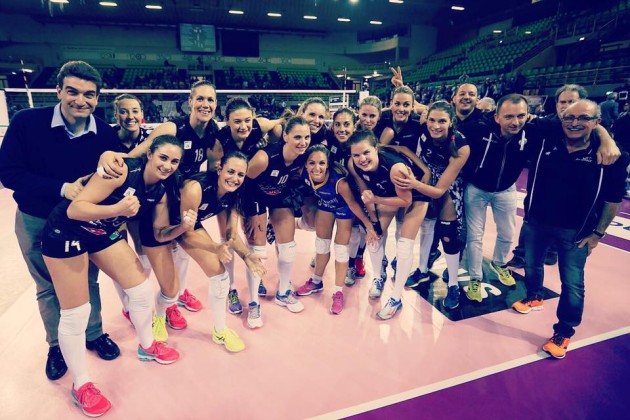 Wounded and exhausted from competing in the Final Four of the 2017 CEV Champions League, three days ago, Imoco players provided the maximum of their abilities in Game 1 of the Serie A1 playoff semis. They even got 2-0 lead in sets but fell in the next three sets. Their exhaution was especially visible in the tie-break where they did not exist on the court in Modena’s gymnasium – 15-5.

The heroine of Modena is named Marika Bianchini. A 24-year-old opposite played only last two sets but managed to become the best scorer in her team with 19 points! Raphaela Folie collected 19 points as well, but in Imoco.

Although she did not perform tonight, injured Dutch middle blocker Robin de Kruijf was registered for this match, which might be an ecouragement for Imoco fans before Game 2, in two days.