Sir Safety Conad Perugia have hired new middle blocker for the next season. 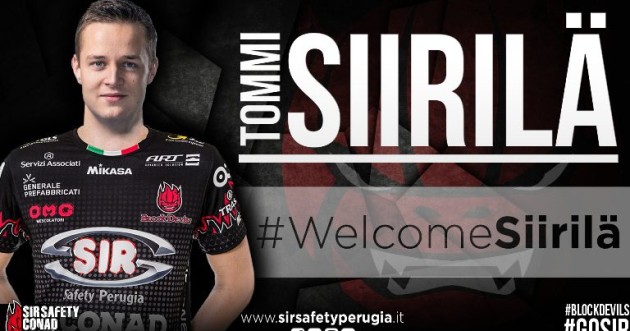 Tommi is a Finnish volleyball player who is a part of the Finland Men’s National team. HE participated at the FIVB 2014 Men’s Volleyball World Championship in Poland.

He came to Perugia from France where he played for Ajaccio.

With Kokkolan Tiikerit he won everything at home, two titles and two Cups from 2014-2016. Last season he finished the regular season in French league on the fifth place and after stopped in semis.

ITA: The Italian Cup on court this...