AsystelCarnaghi VILLACORTESE win against Poland’s Atom Trefl SOPOT 3:1 in the first round of the prelims of the 2013 CEV Volleyball Champions League – Women in Pool B. Read more about latest volleyball news, games reports, and statistics on WorldofVolley. 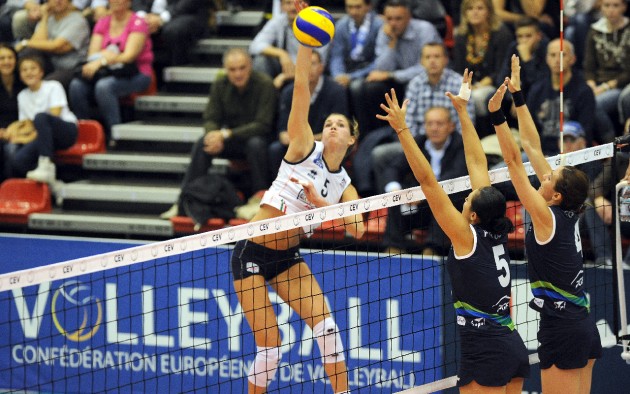 The Italians – who had finished fourth last year – could not ask for a better start of their campaign in Europe’s most elitist competition.

The group coached by Gianni Caprara started out strong and could control the Australian diagonal player of Atom Trefl, Rachel Rourke, who nevertheless top scored in the match with 27 points. VILLACORTESE controlled the operations up to the end of the second set; after that SOPOT started pressuring from the serving line and a more balanced match unfolded in set 3 and 4. After SOPOT claimed a margin of nine points in set 3 to re-open the match, Caprara decided to change his starting six with Giulia Rondon and Sanja Malagurski that joined the game. Malagurski, back in action after suffering a terrible injury at the World Cup last November in Japan, and Rondon eventually anchored VILLACORTESE in its comeback from 15:24 to 21-25. In the fourth set the hosts played well and with good consistency and an attack by US American Alexandra Klineman finished the game.