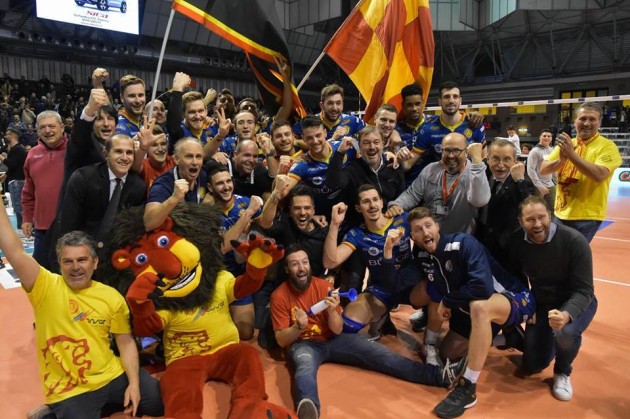 In Game 1, 10 days ago, No.8 Ravenna sent top-seed Perugia a strong warning message which regular season winners obviously took for granted. Ravenna beat Perugia at home by a 3-2 (20-25, 25-23, 27-25, 29-31, 15-12) in two and a half hours to tie the playoff quarterfinals at 1-1, stretching the series to a decisive Game 3 on March 24. In the absence of the Frenchman Nicolas Maréchal, the Austrian Paul Buchegger led Ravenna in the attack as he notched 33 points. The Serbian Aleksandar Atanasijević scored 18 points for Perugia.

No.2 Cucine Lube Civitanova lost a lot of energy in Game 2 against No.7 Wixo LPR Piaceza which may reflect on their 2018 CEV Champions League – Playoffs 12 rematch against PGE Skra Bełchatow on March 22. Despite dominating in two sets (25-11 each), Lube had to play the tie-break against Piacenza to score the 13th straight victory against them and qualify for the SuperLega semis. The Bulgarian Tsvetan Sokolov topped Lube with 30 points (4 kill blocks). The U.S. setter Micah Christenson served 4 aces. The Frenchman Trévor Clévenot scored 16 points for Piacenza.

No.3 Azimut Modena reached the playoff semifinals for the fifth consecutive season as they eliminated No.6 Revivre Milan. The Frenchman Earvin Ngapeth topped the winning side with 22 points. The American Maxwell Holt served 5 aces. As for Milano, the Slovenian Klemen Čebulj scored 18 points but their main force, Nimir Abdel-Aziz, underachieved tonight. The Dutch opposite made only 26% attack (9/35, 4 errors, blocked 4 times).

GER M: This is brutal! Friedrichshafen prevail in classic vs. BR Volleys to reach 33-0 in the season