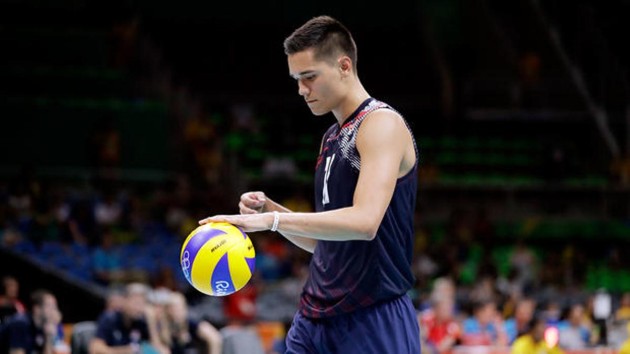 The U.S. setter Micah Christenson has penned a two-year contract with Azimut Modena and will form a world-class diagonal with Ivan Zaytsev.

„Playing in Modena is a great honor. It’s a club with an incredible history. It will be something unique to enter the court wearing the yellow and blue jersey. I have been so many times at PalaPanini, who has an extraordinary audience. Thinking of getting into it as a player is fantastic and I am ready to always give my best, in the match and in training… Me and Zaytsev? Well, I think we will be strong, a great diagonal. We both like to work hard and we’ll do it together with all our teammates, champions that I know and want to grow with. We want to win, Modena always want to win,“ a 25-year-old U.S. national team player with whom he won FIVB World League and FIVB World Cup once each and NORCECA Championship twice said for the club website.

In the last three seasons with Cucine Lube Civitanova, which were the only seasons in his professional career so far, Christenson won Italian SuperLega and cup once apiece. The sporting director of Lube announced the transfer 10 days ago.

Individually, his best achievement was the MVP of the 2017 NORCECA Championship.

Referee didn’t have patience for the legend...