Member of the Serbian National team and former captain of the junior and youth teams of Serbia has reinforced Pink Family for the next season. 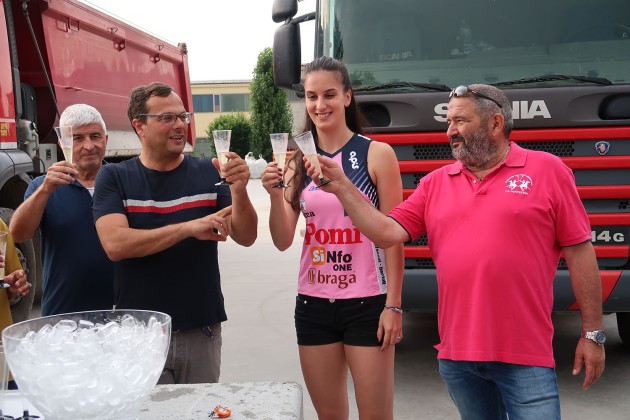 Danica Radenkovic is a new setter of Pomi Casalmaggiore. Italian team presented their new member who already played in Italy in 2012/2013 season when she defended colors of Rebecchi Piacenza and won Scudetto and Coppa Italia.

“I am very happy to be part of the Pomì family. This is my first day here and everyone has immediately welcomed me warmly, it will be a season in which I can work hard but I’m ready “.

Last season Danica played in Poland, she was a member of Polski Cukier Muszynianka and during her career, she also played in Azerbaijan and Germany.

Hanna Orthmann will be a player of Saugella Team Monza also in the 2018/2019 season. The German attacker was one of the most beautiful surprises of the last season of the women’s A1 series so the club decided to keep her.

The 28-year-old middle blocker is an official new member of Zanetti Bergamo. Rossella Olivotto signed for Bergamo after she played the last two seasons in Volley Pesaro. She will be presented tomorrow on Jun 8.

Valentina Tirozzi returns to Imoco Volley. She again became a Panther after four seasons in which she played for Pomi Casalamggiore (2014-2017) and last season for Il Bisonte Firenze. In the previous season, she was the 16-best scorer of Serie A1 with 322 points and the fifth server with 32 aces. Check her stats.

Dentil/Praia Clube hired two more players for the next season. The new members are attacker Rosamaria Montibeller and setter Burna Caixeta Costa. The young and perspective attacker came to Praia Clube after three seasons in Minas while Bruna came from ADC Bradesco, in Osasco.

PHOTO OF THE DAY: “Tsetso” begins his battle to recover from surgery