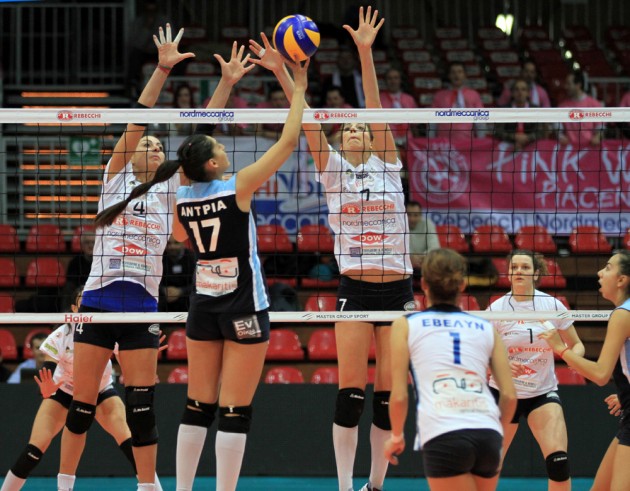 “We were extremely good in imposing our way of playing and not being influenced by their slow pace” says libero Isabella Zilio. “We have been playing as a group and showed real determination tonight”.

PIACENZA quickly got control of the operations going up 8:4 and 10:7 in the first set and closing the set with a 25-8 that clearly shows the total domination of the home side. In the second set head coach Davide Mazzanti could even replace starting setter Francesca Ferretti with young Serbian Danica Radenkovic but Rebecchi did not lose control of the game going for a speedy 25-13. The score was even more embarrassing in set 3 where PIACENZA cruised to a 13:2 that paved the way for the 25-4 that sealed a 3:0 win and pocketed a pass for the 1/8 finals.