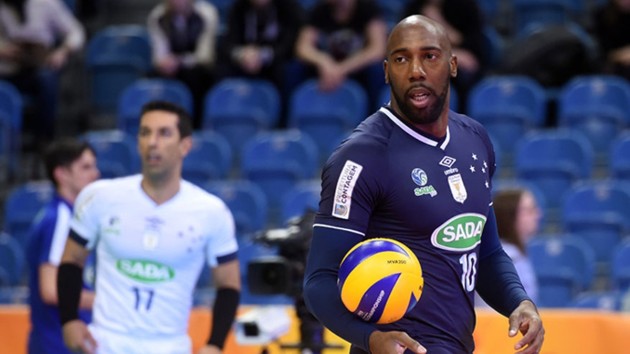 A 31-year-old middle blocker (2.08m tall) signed a two-year agreement with Lube after expressing an enormous desire to wear the jersey of an Italian club since the beginning of the summer transfer window.

Details of Simón’s break with the Brazilian Sada Cruzeiro, who set a penalty for a premature contract termination, are still unknown. Thus, the Cuban player returned to the Italian championship after two years (Wixo LPR Piacenza from 2012 to 2014 – won the 2013 CEV Challenge Cup and 2013/14 Italian Cup).

From 2005 to 2010, Simón wore the jersey of Cuba national team, clinching the gold medal in the 2009 NORCECA Championship.

ADEUS, MESTRE: One of the best-ever world setters Ricardinho retires

Wait, Lube! Simon is stil under contract with Sada. Pay for him before.

Brazilian Sada Cruzeiro will not go down without a fight.

This Is NOT over.