ADEUS, MESTRE: One of the best-ever world setters Ricardinho retires

One of the best-ever men’s setters, Ricardo Garcia “Ricardinho”, said goodbye to playing professional volleyball at the age of 42. 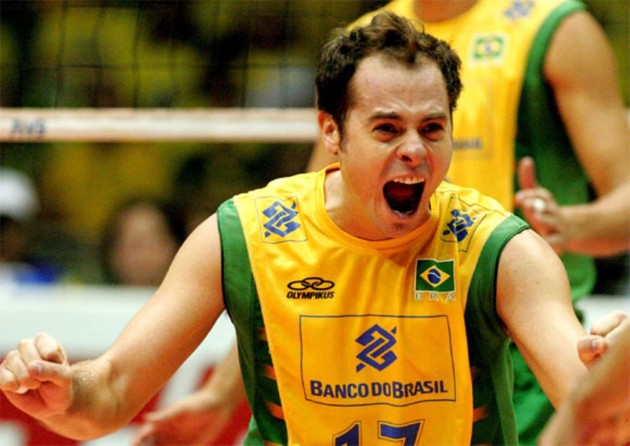 The 2004 Athens Olympics champion, who defended the colors of Copel Telecom Maringá Vôlei in the last Superliga, Ricardinho, will continue as president of the club after deciding to retire from professional volleyball.

“It wasn’t a last-minute decision. I’ve been thinking about it for a while. I decided to devote 100% not only to the social project but to the first team. Completely off the court. My body is 100% ready, I’m flying, my head is flying. But, it was a decision I had to make. And I did. That’s what has to be done. There isn’t much to be questioned,” Ricardinho said in an interview to “Globo Esporte”.

Considered by many as the best setter in the Brazilian volleyball history, and one of the best-ever players in the world on his position, Ricardinho was the 2004 Athens Olympics champion. Then he had some disagreements with the head coach Bernardo Rezende “Bernardinho” and was removed from the squad on the eve of the 2007 Pan American Cup. Several years later, Ricardinho was returned to the “Seleção” and clinched the silver medal in the 2012 London Olympics.

He also took part in Brazil’s two FIVB World Championship titles (2002 and 2006), adding six FIVB World League gold medals (MVP in 2007) on his account as well as two titles in the FIVB Grand Champions Cup. On a club level, he made a long career in Italy, where he became an idol in Azimut Modena and Volley Treviso. In Brazil, he won two championship titles with Ulbra Porto Alegre.

Ricardinho joined Maringá in 2013 and will, from now, focus on his work as the club president to seek resources which will keep Maringá in Superliga for many years. He will also work on a social project of the city of Paraná, which involves about 400 children. In addition, he plans to work harder with young setters.