The 2018/19 South Korean Men’s Volleyball Championship playoff semifinalists, Seoul Woori Card Wibee, changed the foreigner for the second time although the new season has not started yet. 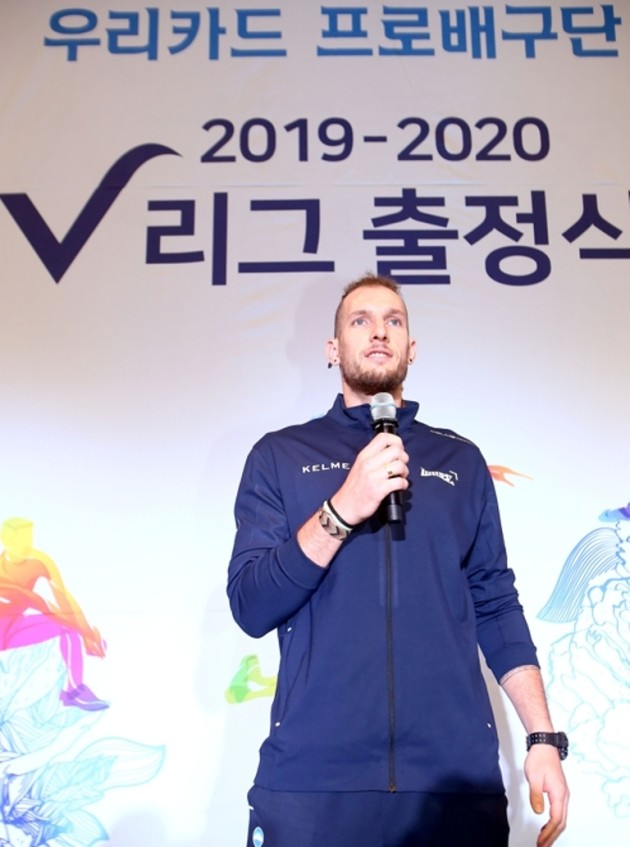 The 31-year-old Brazilian opposite hitter Felipe Banderó will play his third successive season in Korea after he signed with Seoul Woori Card Wibee. Banderó is the third foreign name that joined the team from the Korean capital in the summer transfer window. Contracts of the other two were canceled soon after they were signed.

Knowing that Korean Championship rules allow only one foreigner per team, it organizes the tryout and a draft at the end of each season in order to fill in the spot on the roster with international players. This summer, Woori decided to renew the deal with Liberman Agámez but were forced to seek his replacement due to injury of the Colombian. The American Jake Langlois came instead of Agámez but he also did not stay long in the club.

Banderó was presented by Woori at the league’s opening ceremony in Incheon. Last season, he competed for Uijeongbu KB Insurance Stars, while he wore the jersey of Suwon Korea Electric Power Corporation Vixtorm in the 2017/18 season.