The fourth set won by the Dominican Republic against Brazil 35-33 on Monday night in the city of Huacho, qualified as the second highest scoring set in the history of the Women’s Pan American Cup, according to the Press Department of NORCECA Confederation. Read latest volleyball news on Worldofvolley.com. 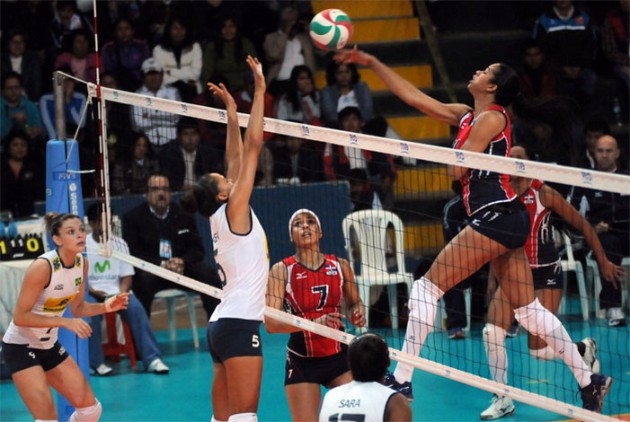 The all-time record is a 36-34 first set established on July 3, 2009 when Puerto Rico topped Dominican Republic at the eighth edition of the event held in Miami, United States.

On two other occasions in the history of the annual women’s tournament, teams battled up to a 35-33 set, informed Roosevelt Comarazamy, press director of the continental confederation.

Brazil claimed a first set 35-33 against Puerto Rico on June 27, 2007 in Colima, Mexico and Dominican Republic prevailed against Cuba by the same score in the second set of a match held on July 5, 2011 in Juarez, Mexico.

Comarazamy informed that 19 times in the history of the Women’s Pan American Cup a team was forced to score 30 points to win a set.