Only five days remained until the beginning of one of the strongest tournaments in Asia – Emir Cup. The teams that will participate are rapidly trying to hire big names. 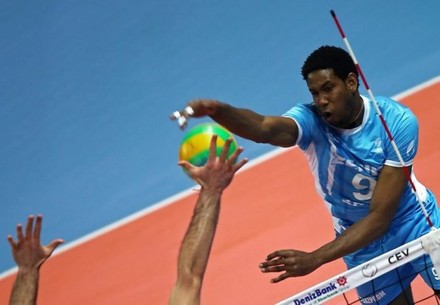 Emir Cup, the competition under the jurisdiction of Qatar Volleyball Association starts on May 3 and will last until May 16. Al Arabi SC Doha is the defending champion and its President Mohamed Jassim al-Kuwari announced to “Gulf Times” that his club wants to sign one of the greatest players nowadays – Osmany Juantorena!

“We’re not sure about our Emir Cup team at the moment… We’re trying to get Osmany Juantorena, but it is not confirmed yet. The Cuban player (Yassner) Escobar is new with us. He played in the last two matches in the League and he will play also in the Qatar Cup with the Kenyan (Philip) Maiyo.“

Al-Kuwari emphasized that Al Rayyan SC is the strongest team in the tournament.

“On paper, I think Al Rayyan look the best team. They already have Cristian Savani, who is a high-profile player in Europe. Jan Štokr, one of the best players in the world, is also joining them. Europe’s star player Wilfredo León may also play for Al Rayyan.“

And Juantorena used to be injured…