Russia and Serbia top the charts of the latest U20 men’s and U19 women’s European Rankings respectively as these were updated following completion of the FIVB Men’s U21 and Women’s U20 World Championships held in September in Mexico and Puerto Rico. 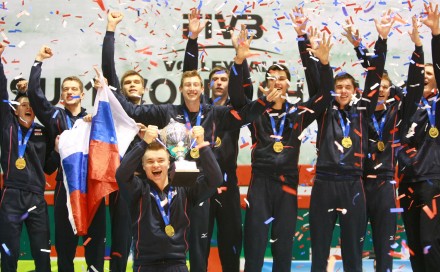 There are no changes in the top three with Russia being followed by Italy and Turkey on a ‘virtual’ podium. Slovenia moved up by eight spots after their U21 national team competed at the World Championship in Mexico and performed well there finishing the competition in seventh place. Austria also improved their ranking quite impressively moving up by five spots after they upset Volleyball heavyweight Serbia in the first round of European qualifications for this year’s World Championship.

As for the U19 women’s ranking, 2014 European champions Serbia still keep the top position of the charts followed closely by Turkey and Italy, who recently claimed bronze at the U20 World Championship in Puerto Rico. Slovenia are responsible for the biggest improvement in the ranking since they moved up by four places as did also Estonia.

The latest European Rankings which are available right here for U20 men and here for U19 women will be used to place the participating teams in the first and second qualification round of next year’s U19 Women / U20 Men European Championships. The composition of the various pools will be announced later this month following the Drawing of Lots which is due to take place on October 31 in Luxembourg City.

PHOTO OF THE DAY: Do you have this precious piece of paper?