The girls of Poland’s national team recently claimed a double-header with their neighbors from Slovakia thereby showing their skills and quality. You can read all relevant news from volleyball world on Worldofvolley.com. 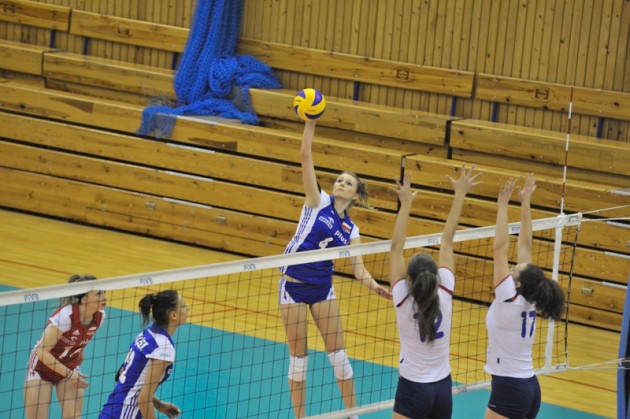 Poland’s team consists mostly of girls representing SMS SOSNOWIEC, i.e. a school where young and promising Volleyball talents have been brought together to lay down the foundations for the next possible “golden” generation. On the first of their matches with Slovakia, the home girls easily claimed three sets (25-7, 25-22, and 25-14) even though the game was stretched to five to make sure both sides enjoyed the opportunity to test their condition a little bit longer. On the second day Poland cruised to another speedy win in straight sets (25-7, 25-8, and 25-21) to confirm the very positive impression left the day before.

“It is still too early to make any evaluation” says head coach Grzegorz Kosatka. “We are just in the middle of our training camp and we wanted to test all the girls who haven’t been here. I daily check the work performed by the players attending our Volleyball school in Sosnowiec so I also needed to do the same for all other members of the group. We have a busy schedule for 2013 with many competitions to attend. We’ll start with the European qualifier in Ukraine and then hopefully join also the final rounds of the European Championship and the World Championship in Thailand” adds Kosatka who is at the same time also the mentor of SMS SOSNOWIEC.

Outside hitter Klaudia Grzelak says the matches with Slovakia were a valuable test for her and the rest of the group. “The matches we played in Szczyrk did help us find the right team chemistry. They also were a good way to finalize our preparations for the European qualifier in Ukraine. The Slovak team did not provide much resistance but we’re happy that everything went so well for us” she says.