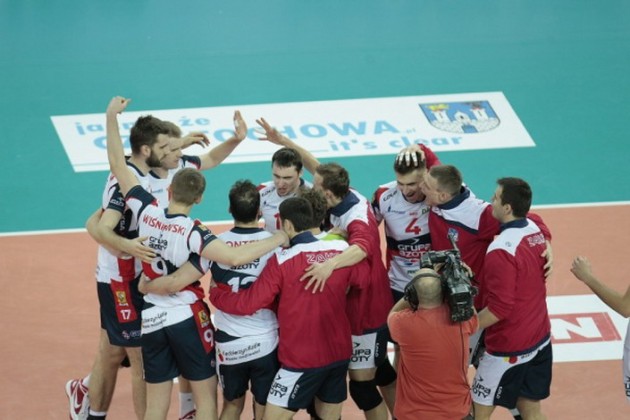 Zaksa started today without Rouzier (in the top six appeared Witczak) Resovia started with the same six which we saw in yesterday’s meeting. The match started better for Resovia who led at the first technical time 6:8. After returning to the field Resovia advantage began to grow. Kędzierzyn-Koźle could not compete with Asseco Resovia. Resovia won the first 25:19.

In the second set Rouzier started in the Kędzierzyn-Koźle composition and ZAKSA play immediately began to look better. After the first technical time-out Zaksa advantage increased steadily and at the second regular time-out it was already 6 points. Andrzej Kowal tried to change something in the game of his team – on the field appeared Schöps and Dobrowolski who replaced respectively Tichacek and Bartman. Team of Kedzierzyn-Kozle however forgave won 25:18.

In the fourth set we watched a lot of twists and turns. For most of the set Kędzierzyn-Koźle led. Zaksa players plays well and Resovia made mistakes on adoption and attack. ZAKSA won the set 25:23 and the match 3-1.