"This is a really strong team it is difficult to identify the favorite. Each team has a 50% chance of winning" said before Sunday's game against Asseco Resovia ZAKSY Kędzierzyn-Koźle center Lukasz Wisniewski. This and other volleyball news read on Worldofvolley.com. 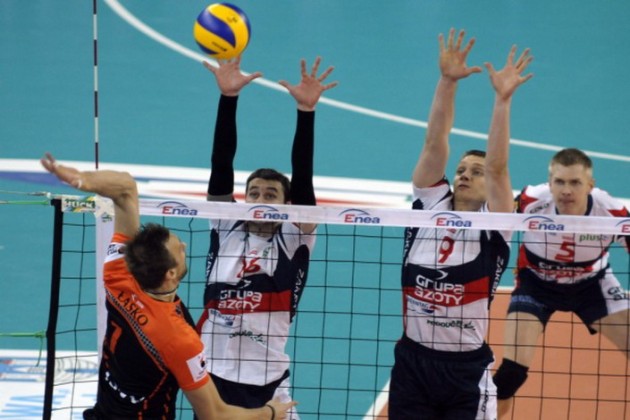 Congratulations on reaching the final of the Polish Cup. You played a very good game.

Lukasz Wisniewski: “Thank you very much. From the beginning, we created a harmonious team. Only when this is the case we have a chance of winning”.

Looking at your team you can see that everyone get along with each other. Good results are motivated to work even harder.

“That’s right. The team is great. The atmosphere in the team since the beginning of the season is great. So far everything indicates that this is the right direction and we do not intend to change anything. It’s nice that we have a balanced composition and everyone who enters the court can give something”.

What was the key to Saturday’s victory over Jastrzębski WEGIEL?

“I believe that it was the adoption and serve. The opponent caused us many problems. We had to answer the same which is why Antonin Rouzier and Felipe Fonteles responded with strong service”.

With whom you wanted to play the decisive match of the Enea Polish Cup Final 2013?

“To be honest that does not make any difference to us because Asseco Resovia and Delecta present a very high level of volleyball. Despite defeat in the Champions League Asseco Resovia is a really strong team. As was said before the tournament, it is difficult to identify the favorite. Each team has a 50% chance of winning”.

TUR M: Fabio Soli – It was a good fight

LIVE from Krakow: Matt Anderson – “It...