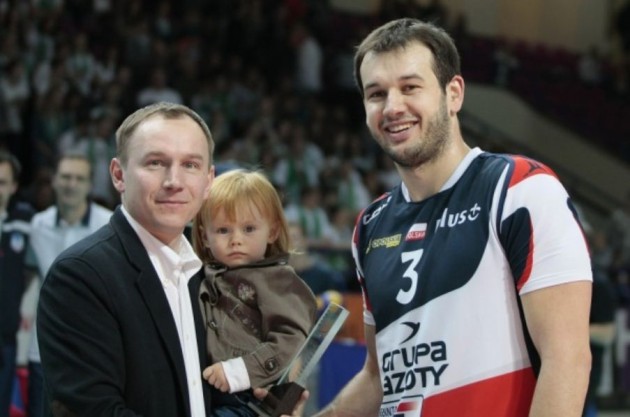 – How would you evaluate the last game with AZS Politechnika?

– First of all, from the very beginning, we were focused on the game, we made fewer mistakes. The team from Warsaw had problems with their service. In this way they gave us points.

– What do you think was the key element that helped you finish the competition with them in three games?

– I think our rivalry with AZS, was a key element of a play. In the first game, we recorded 15 service aces. In the second game we played not as effective. However, in the last game we came back to our rhythm.

– How do you evaluate the attitude of your team during the season?

– We lost a few points against teams that were not the favorites. On the other hand, we defeated strong teams – like Delecta Bydgoszcz.

– Since the beginning of the season you are considered a favorite, one of the candidates to win the championship. Do you feel the pressure?

– There is no pressure. If they consider us favorites this means that our game looks good, what makes us very happy.

– That’s right. However, the priority for us is always the next game. So now we will be free to focus on the competition with the winner from Jastrzebski Wegiel – Effector Kielce match. After two games the next round, we will focus on the Final Four. We have a great opportunity, so we will concentrate and prepare as best tactically for the final tournament in March to give everything.