Andreoli Latina will face Halkbank Ankara in the first leg of the CEV CUP finals. It is the first time that PalaBianchini hosts a European final. Halkbank eliminated Delecta, Odinstovo, roeselare and Kharkiv. 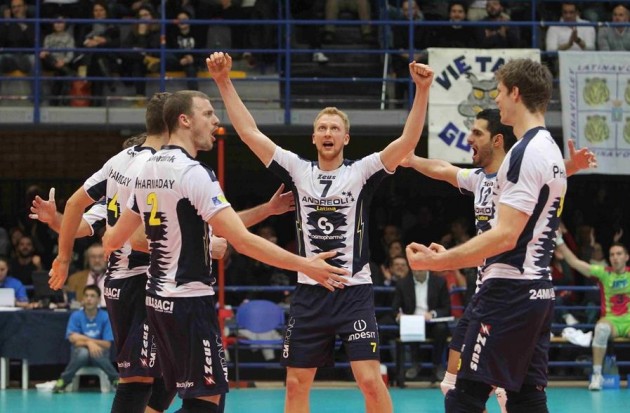 The second leg game will be played in Turkey on Sunday 17:00 (local time).

Halkbank Ankara was founded in 1983, has 5 championships and 3 cups won.

In the CEV Cup this season they won all the games except for the Cup debut in Poland with Delecta Bydgoszcz, however, they won the golden set at home. They eliminated Odintsovo, Roeselare and the Ukrainian Kharkiv.

Halbank is second in the Turkish league standings.

Andreoli will try to take advantage of their home court.

Dario Simoni commented: “We must give our best because we also face the trip to Turkey. We will try to win, I do not know how it will end but I’m sure of that.“