Algeria earned their first victory at FIVB Boys U19 World Championship against another team from their same continent, Rwanda. Larbi Hadroug was Algerian top scorer with 14 points while Akram Dekkiche scored 12 and Roubai Boumediene finished with 7 including 4 aces. 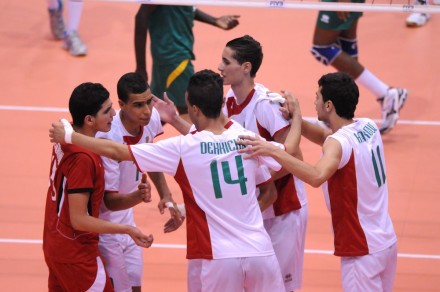 Larbi Hadroug was Algerian top scorer with 14 points while Akram Dekkiche scored 12 and Roubai Boumediene finished with 7 including 4 aces.

On the Rwandan side, Samuel Niyogisubizo commanded the offense with 12 points, with 2 blocks. His teammate Elias Ndagano finished with 10 points and blocked successfully in a couple of times.

Rwanda had defeated Algeria previously at the African championship, however the Algerian team improved many mistakes to look with a notorious superiority at the World Championship.