"We are very pleased with victory. We came back from a long journey" said Pawel Zagumny after the match Jastrzębski WEGIEL - Zaksa KEDZIERZYN-KOZLE 1:3. Now the next two games of the play-off for places 1-4 will play in Kędzierzyn-Koźle. After two meetings result is tie 1-1. This and other volleyball news read on Worldofvolley.com. 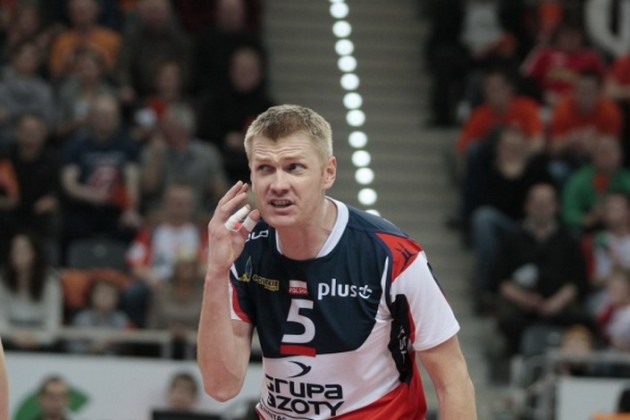 Pawel Zagumny (captain of Zaksa KEDZIERZYN-KOZLE): “We are very pleased with victory. We came back from a long journey. This meeting started badly. Only in the middle of the second set our serve and block started to work. From that moment we controlled the match.”

Michal Lasko (captain of Jastrzębski WEGIEL): “I agree that at this level of volleyball services determines victory or defeat. Service made a difference today. Rivals show a few effective series of services that have decided the winer. In the first match serve really helped us in the second unfortunately didn’t. We accept this result and we’re going to fight to the Kędzierzyn-Koźle.”

Daniel Castellani (Zaksa KEDZIERZYN-KOZLE coach): “I am happy because it is a very important victory. After traveling to Russia and appearance in the Champions League Final Four we came back to compete for the Polish championship. I would like to congratulate my boys because they showed character. We did not play very well, we had ups and downs, but kept the focus and it was decisive. Rivals were playing well and the fans created an atmosphere in which is not easy to play.”

Lorenzo Bernardi (Jastrzębski WEGIEL coach): “This game can be divided into two parts. The first one is the opening set, and the second is the remainder of the match. Our problems started in the middle of the second set. We could not make the transition. I know what we need to improve in our game.”

GER M: Berlin Recycling and Bühl in the semifinals

POL M: One arrival and one departure...