"Once again we demonstrated the strength of the team. We are very glad that we will fight for another trophy" said after the game Magdalena Śliwa. Tauron MKS DABROWA GORNICZA eliminated in the semifinals ORLEN League BKS Aluprof BIELSKO-BIALA and awaits the winner of the other semifinal: Bank BPS Fakro MUSZYNA - Atom Trefl SOPOT. Read latest volleyball news on Worldofvolley.com. 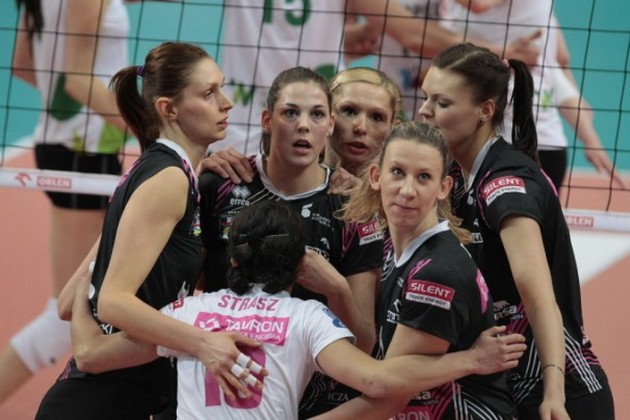 Magdalena Sliwa (Tauron MKS DABROWA GORNICZA captain): “I am very happy with the result of the last match. We started not so good, rival were aggressive and focused on the fight. Big applause for the team, the girls were able to get back to the match. Once again we show our power. We are very glad that we will fight for another trophy.”

Milada Bergrova (BKS Aluprof BIELSKO-BIALA captain): “I congratulate the team DABROWA GORNICZA of reaching the final. We entered better in the game and the game went well in the first set. Later it was a little worse and rivals were determined to win, unfortunately we could not. We congratulate the opponent.”

Waldemar Kawka (coach Tauron MKS Dabrowa Mining): “I think we were deservedly in the final. We proved it by our attitude in the last three meetings. It is unfortunate that this happened at the expense of BKS.”

Wieslaw Popik (BKS Aluprof BIELSKO-BIALA coach): “Congratulations to the MKS for the finals. For the past four games DABROWA GORNICZA certainly deservedly promoted. We tried a different game  but it was not enough. We won one set and then we made too many mistakes. It’s hard but that’s the sport. We will have to fight for the bronze medal.”