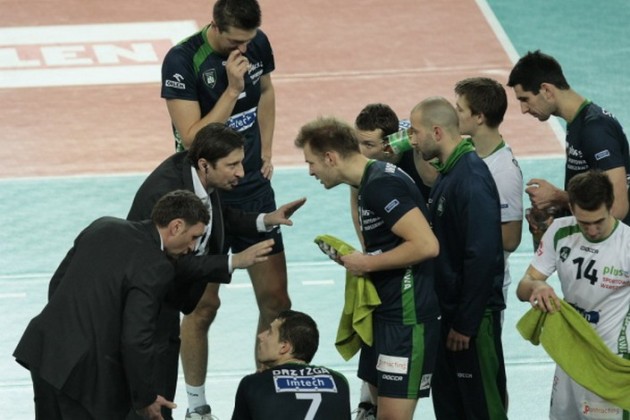 Juraj Zatko played three years in the German League. With VfB FRIEDRICHSHAFEN won the gold and two silver medals in the German Championship. Earlier he played for STU Bratislava and DHL OSTRAVA.

“Select setter was very difficult. We had several good candidates” said coach Jakub Bednaruk. “I like the Slovaks. I appreciate their mentality, ambition, hard work. I hope that Zatko will not disappoint me” he said. “Zatko was determined to play in Warsaw. I liked that” said the coach.

Slovak setter is very happy with the transfer to the AZS Politechnika WARSZAWSKA. “I always wanted to play in Poland” he said. “Volleyball level in PlusLiga is really high. Besides … I will be close to my homeland and more often I can see with my girlfriend” he explained.

Juraj Zatko is twenty-six years old and he is 190 cm tall. He is the first setter of the Slovak national team, which is now competing in the Europa League.

More information about Juraj Zatko’s career can be found on his WoV Community Profile (see RELATED on this page).