POL M: Carson Clark arrived in Bydgoszcz, club is not done with transfers!

Transfer Bydgoszcz had no choice. Last placed team in Polish league acquired new player to help others come out of crisis. His name is Carson Clark. 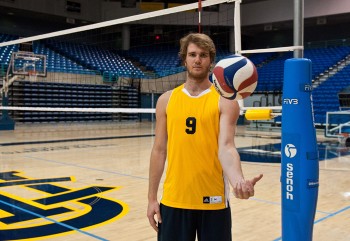 American opposite spent last season in Montpellier and will represent a significant reinforcement for Transfer Bydgoszcz which has four defeats so far in domestic competition.

“We had to respond to the tragic beginning of the season. We followed volleyball market from the beginning and Clark was very interesting for us” – said Piotr Sienko, CEO of Bydgoszcz club. “Negotiations were quick, because both sides wanted to reach an agreement. American signed one year contract with an option to extend it for another season” – concluded Sienko.

Carson Clark is second recent signing for Transfer Bydgoszcz after Pawel Woicki. And club’s officials claim that they might make another move on the market in near future…