Poland: Plus Liga is back, Swiderski injured

After a long break and the World Cup tournament Polish league starts again. Sebastian Swiderski is again in troubles... what a pity for such a great player. 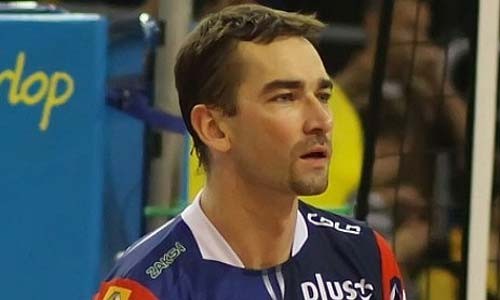 The most unusual situation took place during the match between AZS Czestochowa and AZS Warszawa. Czestochowa won the first and second set and they were obviously better in every element. They were keeping their confidence also in the third part and they got first set ball with the result 24:19. And then, Pawel Mikolajczak stood on the service position and he changed everything – Warszawa actually won 27:25! Finally, Czestochowa lost this game, although it seemed to be impossible.

Zaksa also got the first failure. Their situation was very similar. Their rival – Jastrzebski Wegiel – lost two sets (the result of the first part was 25:14!), but then they rebuilt and were still able to fight. It was another tie break in this round and Zaksa and Jastrzebie shared their points. Zaksa Kedzierzyn has their own problem with Sebastian Swiderski, who unfortunately got injured again.

Now in Poland sad debate is taking place – should Swiderski finish his career?

His issues with his knee are serious and this is matter not only about sport, but also about a health in general. Player himself claims that his decision will be made soon.

In the other matches of this round, Resovia Rzeszow won with Delecta Bydgoszcz 3:1. Performance of Resovia was not excellent, but it appeared to be enough for this time.

MVP was Georgy Grozer, who scored 25 points for his team. Skra Belchatow had no bigger problems with win over AZS Olsztyn. Although AZS was an ambitious rival, Skra did not lost a single set.

In the last game of this weekend Lotos Gdansk got 2 points after tie break with Fart Kielce.