POL M: Ivović could be ready for big clash against Skra!

Excellent news come from Poland! After preliminary exams it seems that the injury of Marko Ivović is not serious! 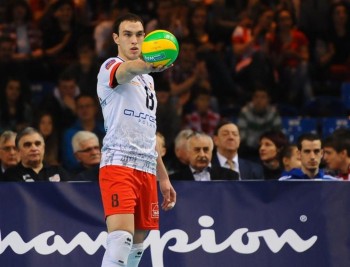 Serbian receiver had to leave the Champions League game against Friedrichshafen in the third set due to ankle injury. He was unable to continue the match, but Ivović could return on court already on the next weekend! According to preliminary exams, Ivović only suffered a twisted ankle, but more details will be known after ultrasound scans scheduled for Thursday afternoon.

“It hurts less and less. During the match I was angry, because we are in front of the very important clash against PGE Skra Belchatow” said Ivović for sportowefakty.pl.

Do not forget that on Saturday, Asseco Resovia hosts PGE Skra Belchatow in the big derby of the Polish Championship which will determine who will go into the Playoffs from the pole-position.