The latest winners of the World League are definitely expected to win Olympic medal, but all Poles know, how different this tournament is gonna be - everything may happen. 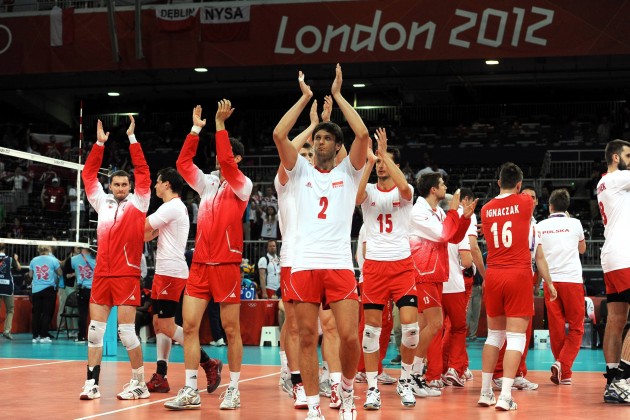 Over the last few years, Poland has been put in the small groups of the best teams on the tournament. Sometimes they were able to prove themselves, but after a great season there was always a poor one. For example, after the vice championship in Japan 2006, there was a awful failure in Moscow 2007. Poles also won European Championship 2009, but one year later the World’s Championships was truly a disaster.

After those Championships, Daniel Castellani said goodbye to Polish national team. The search for a new coach was long and very intensive. Finally Polish Federation surprised most of people – they chose Italian, Andrea Anastasi. It turned out to be a perfect decision. Since Anastasi and his assistant Andrea Gardini joined Polish crew, they have achieved a medal on every big tournament. Bronze medal of European Championship and historical bronze of World League 2011. He also led Poles to the silver medal of the World Cup (which was in the same time a qualification to the Olympics) and to the first in Polish history victory in World League 2012.

Now in Poland we can see an increasing pressure, as Olympic Games began. However, it is obvious, how different this great tournament can go. Nobody can be sure of victory – Beijing 2008 is a good evidence of this theory. Also the whole Polish team tries to calm down the atmosphere.

Andrea Anastasi said: “In London there are very strong opponents like Russia, Italy or Brazil. I know that we won with those teams, but we can also fail in London. You know my philosophy. I just want to see my team is fighting and do its best. This attitude is working for now, so I don’t see a reason, why I should change anything. I don’t know, if we will win. I can only promise you, that we will fight as strong as we can.”

OG W: Sokolova regrets that doubted of a trip on Olympiad