CL M: Conte – “My dream got shattered, we played with only one wing!”

Facundo Conte is not pleased with some of his teammates! 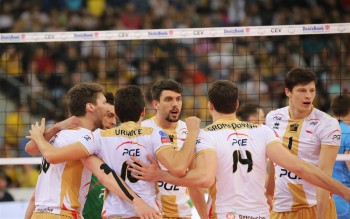 PGE Skra Belchatow got eliminated from the CEV Champions League after losing at home from Zenit Kazan, while that defeat was quite painful for Facundo Conte. Argentine player, who was the top scorer of his team, has publicly expressed disappointment of some of his teammates!

“My biggest dream is to win the Champions League, but now that dream got shattered. For the whole season I have tried to make it happen, I gave everything I had in this game, but we failed. Still, I went home with my head high. I think I played a very good match, like most of teammates. However, not even a table can stand still with only one leg…” said Conte and then continued:

“It seemed that we were playing only with one wing. With had only half of our offensive power. I am Facundo Conte and I give my best on every game, regardless if it is against Zenit Kazan, Warszawska or Bielsko-Biala. It’s the matter of pride. However, this time not all of our players had the same approach…”

When asked about the names of those players, Argentine star just answered:

“I am talking about the two attackers…”

What do you think who was Conte speaking of?

CL M: Alekno – “We learned our lesson from last week”

The worst interview that can happen after a defeat.