Zaksa have finally managed to it! Ferdinando de Giorgi's side rules in Poland after winning the Polish Cup 2017! 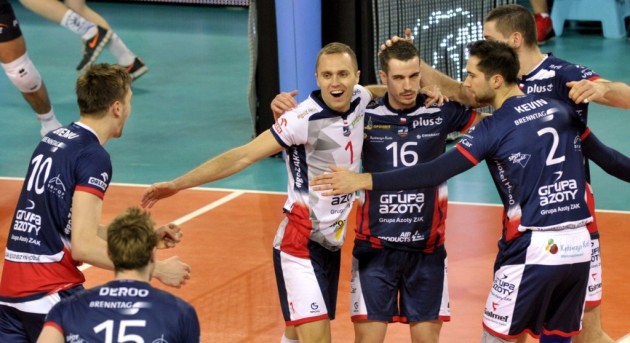 Zaksa opened match by winning an extended first set 29-27. In the second, we watched an outstanding comeback of Skra! We still didn’t know what happened with De Giorgi’s side.

At the result 24-18 for Zaksa, believe it or not, PGE Skra Belchatow have managed big turnaround and to win this set. Firstly, Wlazly won the point to save the first set point, then Klos won three points in a row for 24-23! Konarski blew the last chance to win the set (24-24) then he created a new one  25-23. On the other side, we saw again good reaction of Skra’s players for a complete turnaround 25-27!

It is interesting that this moment didn’t upset Zaksa as they started playing even better and in the last two set they didn’t have too much troubles to win the game and to serve cold revenge to the rival, who beat them in the Polish Cup Final last year.

This is the sixth Cup trophy in Zaksa’s history. For the MVP of the game was elected Dawid Konarski, who ended game with 24 points while Kevin Tillie scored 14. On the other side Mariusz Wlazly had 17, Nikolay Penchev added 14.

CHN M: Shanghai improve to 7-0, Sander and Camejo down Leyva!