POL M: Aleksandar Atanasijevic: The second round will be better

Serb Aleksandar Atanasijevic plays attacker in the PGE Skra Belchatow. In the match against AZS Politechnika WARSZAWSKA he was changed by his fellow countryman Konstantin Čupković. Read latest volleyball news on Worldofvolley.com. 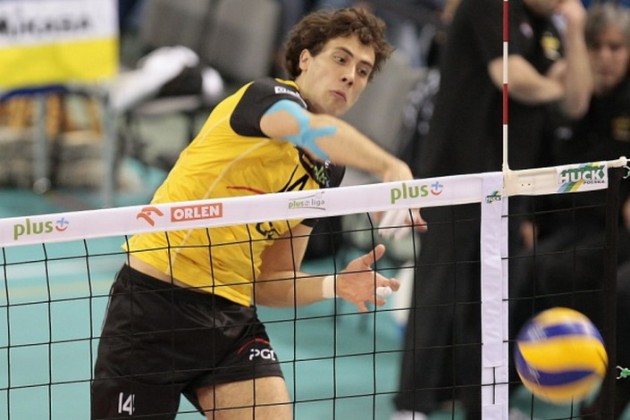 You failed to win the match against AZS Politechnika WARSZAWSKA although they was not favorite before this meeting.

Aleksandar Atanasijević: “It’s true. We started this game badly. We wanted to present ourselves better and to win against AZS Politechnika WARSZAWSKA for three points. After after lost two sets we started to play better and take the third and fourth set. It was a very tough match. The most important for us now is to earn points. I hope that in the next meeting we will be the better side. Upcoming matches will be very important for us”.

Were you expecting that AZS Politechnika WARSZAWSKA can defeat you?

“For sure we knew it would be a tough match. Politechnika deservedly takes second place in the table. We did not play in this match as we wanted. However, for us only the first phase of the competition, and everything else can change. I hope that will improve your game and we would be better to present”.

After the first part of the regular season. How do you evaluate it?

“We had to play a lot of games. We played in the World Club Championship, take part in the Champions League. We have earned a Polish Supercup. So was playing a lot. I hope that in the second phase of the competition will be able to win every game and the play-offs are promoted in the first place”.

What, in your opinion, would happen in the second part of the regular season? It will be as surprising as the first one?

“First of all, I hope that the second round will be better for us. The season started really badly. In a short time we had to play too many games. I hope that we will be able to win a meeting with Asseco Resovia, ZAKSĄ and Jastrzębski WEGIEL“.

The role of attacker is very difficult. It is addressed to you the most important ball of the match. When playing, do you feel any pressure?

“The most important for me is to win the match. Of course it’s nice to get a win or score many points throughout the match. People love to you then! It all looks very attractive for the fans”.

How do you feel after the number of games played?

“I do not feel as good as I should have. I have a problem with a sore knee. I’m trying, and I want to play. My body is very tired, but I think that physiotherapists do anything for me in a few days he felt better”.

President of PZPS – “Leon will have...

This is volleyball – Record broken in...