RUS M: Lokomotiv come back from 2-sets down to beat Zenit-Kazan at start of Final Six

Lokomotiv downed Zenit-Kazan for the second time this season in the 2020/21 Russian Men’s Volleyball Championship. 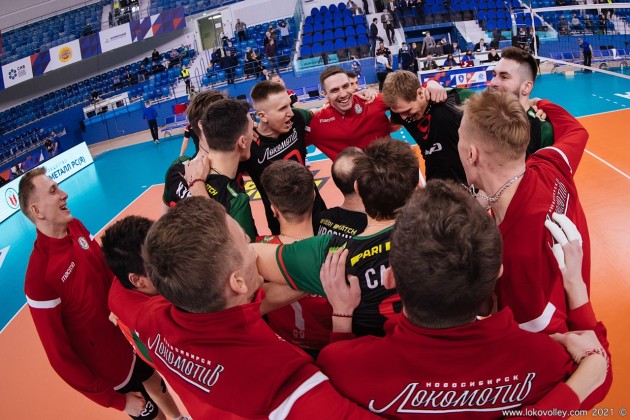 Lokomotiv achieved a strong-willed victory in the first match of the inaugural Final Six of the Russian Men’s league in Moscow. The Novosibirsk club was 2 sets down against Zenit-Kazan at Pool B opener of the final tournament of the 2020/21 Russian Men’s Superliga Parimatch but managed to completely turn the course of the game and beat Vladimir Alekno’s team for the second time this season: 3-2 (19-25, 23-25, 25-22, 29-27, 15-13).

Dražen Luburić, the Serbian opposite hitter from Lokomotiv, was the most productive player of the match, scoring 33 points (including 6 aces). Maksim Mikhaylov tallied 27 points for Zenit-Kazan.

Being led by Egor Kliuka (22 points, including 4 aces) and Ivan Yakovlev (5 blocks), Zenit Saint Petersburg outplayed Fakel in 4 sets in Pool A in the other match of the opening day. Dmitriy Volkov scored 19 points for the club from Novy Urengoy.