RUS M: Volkov could retire due to knee injury?

The middle blocker Alexander Volkov has faced with serious problems after missing his recovery from knee surgery. 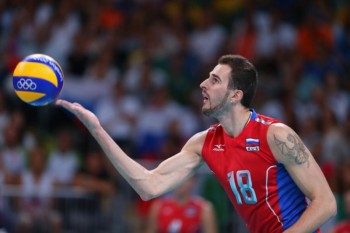 Last year, he decided to play at the Olympic Games in London, but he didn’t fully recovered. Now, his health status may led him to termination of his career.

“Last year I sad that I don’t regret a single moment that I decided to participate at the Olympics. A year after I will repeat my statement” said Volkov.

The player of Zenit Kazan has recently entered into a program of intensive rehabilitation, but he admitted that he could be forced to end his career due to knee injury.