Silver medalist at the 2000 Olympic Games with the national team of Russia, Igor Shulepov, along with his team Gubernia is sent to prepare for the next season in Bulgaria. A few days ago the 40-year-old volleyball player and his veteran Russian team won the International Veterans Tournament 2013 held in Turin, Italy. 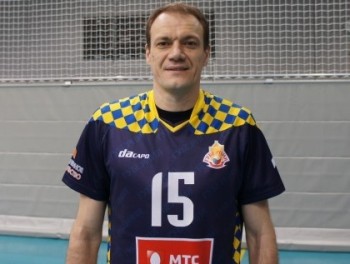 ”For me, this is the first veteran prize in the age group of 40 years and older – said Igor Shulepov – I was asked to go to a tournament in Turin and i thought, why give up? We have to see how they live age volleyball players, learn what to expect in the near future.Well, even after 40 years volleyball players is not dying so I dont see why shouldn’t I keep playing”. Although Shulepov said he will keep on playing he did not say for how long, instead he revealed a glimpse of plans for the future – ” A moment will come when I wont be able to continue playing and when such a time has come, I will be happy to help the team as a coach”.

Shulepov signed with Gubernia last year and proved to be a great addition to this up and rising squad who achived something that nobody expected from them – top 4.