In the Russian National Cup, women's teams have been major reforms: completely abolished the preliminary stage and the holder of the trophy will be determined in the "Final Six". 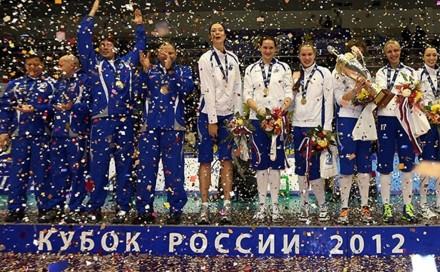 The innovations were designed to reduce the number of walk-through games, to make the tournament more interesting and dynamic. In the Cup of Russia in 2013 will not be a preliminary stage and the draw of the tournament will consist of two rounds.

At the semi-final stage, 24 teams will be divided into 4 groups. Participants in the “Final Six” will be group winners and the best two teams from the second place.

Last season this format of “Final Six” was first used in the men’s tournament.

To read more news from this country click Russia.