One of the best outside hitters of the Europe, and a member of SB Community agency - Tatiana Kosheleva, signed for Russian team Dinamo Krasnodar. 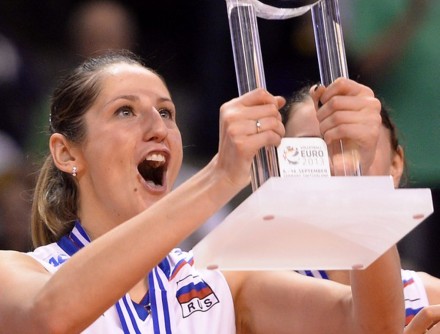 After she has ended contract with Dinamo Moscow, Kosheleva decided to accept great offer from Krasnodar.

The 25 years old Tatiana was awarded as the MVP of the European Championship 2013, and last two seasons she played for Dinamo Moscow. She already has the experience of playing for the Dinamo Krasnodar, where she spent season 2011/12.

Practice your hands and fingers