Relations between two fierce rivals Belogorie Belgorod and Zenit Kazan are better than ever. Mostly thanks to two great coaches – Gennadiy Shiipulin and Vladimir Alekno. 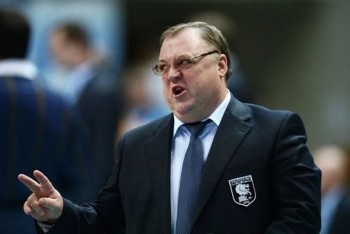 Two of them always show a huge ammount of respect to each other, but also to the other team. The latest statement of Gennadiy Shiipulin confirms that.

Despite being well aware that they probably can’t beat Zenit in the regular season, head coach of Belogorie stated that he fully supports Alekno’s initiative to play the season without the Playoffs.

“If you ask me, I think there was time for a short Playoffs and that it would be good for the season. But, we could not have known for sure that our national team would secure an Olympic ticket already in January. Therefore, despite I know that Zenit were not eager to play the Playoffs, as they would probably take the first place in the regular season, I fully support Alekno’s initiative. Only he knows how much stress he’s been through with the national team. We need to remove our personal ambitions when it comes to the national team,” said head coach of Belogorie.

Recall that in this season there will be no Playoffs in the Russian Championship. The champion will be the club that finishes the regular season at the first place.