RUS M: TURNAROUND! Instead with Nizhny, Bagrey signed with… 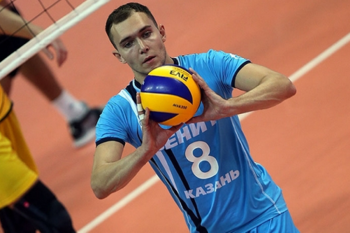 NOT – Nizhny Novgorod, YES – Dinamo Krasnodar! There was a major change in the transfer of Sergey Bagrey. After leaving Zenit Kazan, it was announced that the Russian setter will continue career in Nizhny Novgorod. However, something obviously went wrong in negotiations, so the player decided to move on…

And then, just out of nowhere, Dinamo Krasnodar announced that they have signed a contract with Sergey Bagrey until the end of the season! He will make a debut for his new team already in the next round of the Russian Championship when the Krasnodar crew face Dinamo Moscow.

KOR M: Unreal defense by Grozer and Co! Even Simon was powerless to score! (VIDEO)