Dinamo Moscow stayed with the perfect score in the Russian Championship. The leaders on the standings defeated Chelyabinsk in straight sets. 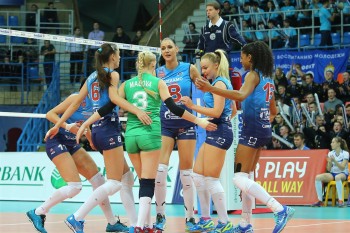 It was just a bit more than a training match for the Moscow crew. The fact that Chelyabinsk have a very young team gave a possibility to Dinamo head coach Yuri Panchenko to rest some of his main players. Therefore, instead of Brazilian star Fernanda Garay, the hosts started the game with Anastasia Bavyikina in the lineup.

And, the Russian player made a fantastic job. She was the top scorer of the game with 16 points and led her team toward another victory in the domestic championship.

Dinamo Moscow have 18 wins out of 18 games in the Russian Superleague!