Absolute domination or the beginning of a new era? On Tuesday evening we will know the answer on this question. 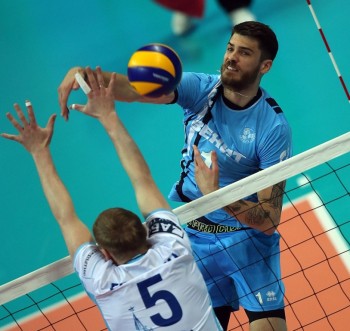 The battle for the first volleyball trophy in Russia in the 2016/17 season is just in front of us. Zenit Kazan will host Dinamo Moscow in the Russian Supercup Finals (Tuesday, 17:30 CET).

Do not get confused if you see this match as part of the Russian Championship schedule. It is a common thing in this country that the Supercup Finals also counts as a league match, so the following match in Kazan will have double importance.

Zenit Kazan is the absolute ruler of Russian volleyball. This club won the league title, domestic Cup and domestic Supercup in the previous season, while on top of that they also claimed the 1st place in the 2015/16 CEV Champions League.

On the other side, Dinamo Moscow finished the last season as the second placed team in the Russian Championship, while they got defeated in semifinals of the Russian Cup….by Zenit Kazan.

If we look at the head to head score, then Zenit Kazan is a huge favorite in this match. Simply because they have 9 (NINE!!!) consecutive wins against Dinamo Moscow. That row will have to end at one point, but when?

Will it happen tomorrow in the opening game of the new season? Stay with WorldofVolley on Tuesday evening and find out who will win the Russian Supercup 2016.

Take a look at the TEAM ROSTERS of Zenit Kazan and Dinamo Moscow.