RUSSIAN CUP: Victories for Zenit and Belogorie, Leon returned on court in style!

Zenit Kazan and Belogorie Belgorod scored wins on Day 2 of the Russian Cup. 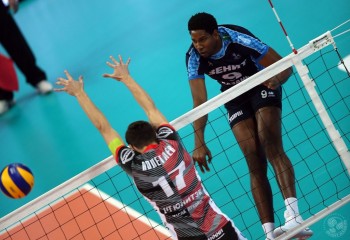 Zenit Kazan did not have problems against Fakel, so the reigning cup winners scored a straight sets win. Still, the most important thing for the Kazan crew is that Wilfredo Leon has returned on court after missing 3 previous games due to ankle injury.

And the Cuban bomber has returned in style, as he was the top scorer of Zenit on today’s match with 13 points.

On the other side, Fakel simply could not do much, especially because they were without two very important players – Ilya Vlasov and Dmitriy Volkov – who are recovering from injuries.

The second game of the Day 2 was very exciting, while Belogorie Belgorod eventually prevailed over Dinamo Moscow after a tie break.

Recall that the top two teams from each group will advance to the semifinals. Zenit Kazan and Lokomotiv Novosibirsk have already secured their tickets for the semis from Group A, while Belogorie have booked their semifinal ticket in Group B.

BRA M: Bruno and the (un)lucky photographer – The kiss will heal the bruises (VIDEO)