CL M: What a game! Zenit and Friedrichshafen played one set for 50 minutes!

This time the players of both teams deserve to get a beer from the crowd. Zenit Kazan and VfB Friedrichshafen played one fantastic match... 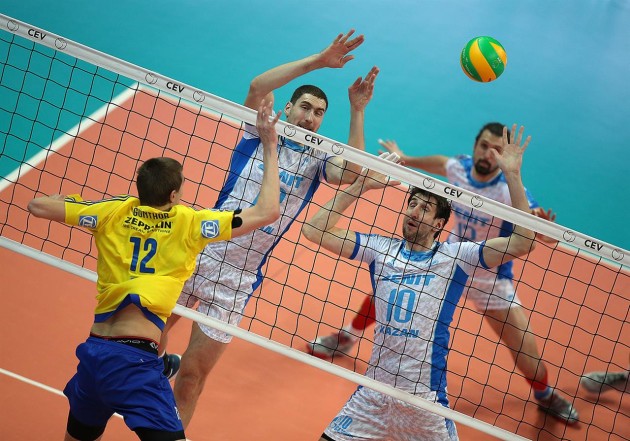 At the end, Zenit Kazan scored a straight-sets win, but the German side could have easily won at least one set. Of course, we are speaking about the 2nd set of this game which lasted for 50 minutes!!!

Yes, two sides played one set for almost an hour!

VfB Friedrichshafen were in a better position as they had the lead of 23:19, however Zenit Kazan tied the score at 23:23. Then the real volleyball marathon began! Both sides had numerous set points until finally the Russian powerhouse used one for 40:38.

By boosting their confidence to the maximum level, Zenit Kazan crew did not have problems to win the 3rd set and to finish the game.

At the same time, Modena scored a well-expected win in Romania against S.C.M. Craiova. The Italian champions needed only 69 minutes to seize a straight-sets win.