TUR M: Turkey’s boys want to be a force to be reckoned with

Turkey’s boys swept all of their matches some 2 weeks ago as they eventually made it to the final round of the 2013 CEV Youth Volleyball European Championship scheduled for this coming April 12-21 in Laktasi (BIH) and Beograd (SRB) by finishing atop of the charts in the qualifier held in Ankara. Read latest volleyball news on Worldofvolley.com. 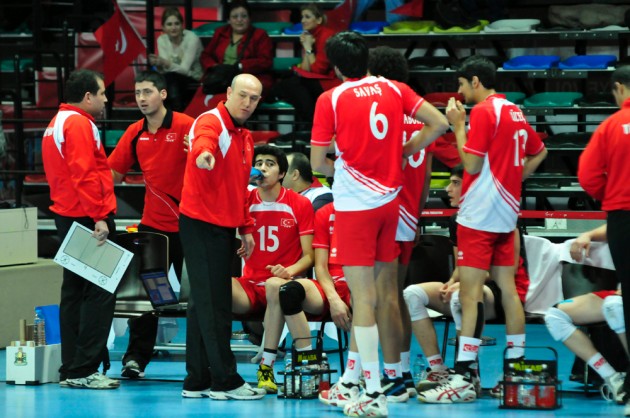 “We claimed a series of good results and we played really well” says head coach Ali Kazim Hidayetoglu. This will be only the third appearance for Turkey’s boys in the final round of the European Championship. “We had joined the final round in 2007 and two years ago we were also in the Champs as hosts. This time we have made it through the qualification round and we’ll hence celebrate our third appearance in the event”.
The head coach is particularly happy with the team spirit showed by his guys during the qualifier in Ankara. “Volleyball needs the right team spirit and we did show this in Ankara. I am very pleased with that”.

As for the goals he has set for the future, Hidayetoglu says: “We want to be a force to be reckoned with in all European and World Champs. Our priority is to develop men’s Volleyball here in Turkey and move up to the international elite. At the same time we’d love to finish among the top six at the European Champs to qualify for the Worlds. We want to claim – and consistently – good results” he concludes.

For more latest volleyball news from this competition click on Turkey.